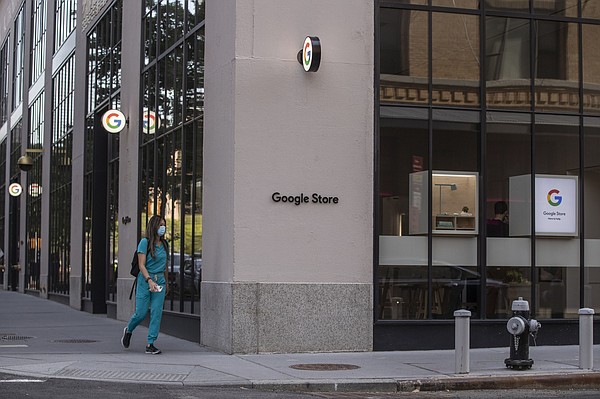 The store, in Manhattan’s trendy Chelsea neighborhood, opened last week, the Mountain View, Calif.-based company said in a blog post. The shop, which is a block away from rival Apple Inc.’s 14th Street store, occupies part of the first floor of Google’s New York offices.

Google began experimenting with pop-up stores in 2016, the same year it debuted its Pixel smartphone and Nest smart home speaker. In the years since, the company has introduced a plethora of hardware devices and hosted subsequent pop-ups to learn more about what consumers expect from a retail store, said Jason Rosenthal, Google’s vice president of direct channels and membership.

“It’s like walking into a dream,” Ivy Ross, vice president of design, user experience and research for design and services, said during a virtual tour. “I hope customers feel the same way. I want them to be happy and inspired, like I am being in here.”

Ross oversaw the planning for the store.

The store was designed like a social space, with sitting areas, tables and other furniture that invites a level of public intimacy and intermingling that has been a rare experience during the covid-19 pandemic. The company said it will limit the number of people who can be in the store at once and that associates as well as customers will have to wear masks inside.

The furniture, including sofas and oval-shaped tables, is made of blond wood and cork — neutral colors so the products would stand out, Ross said. The company also wanted customers to see what Google’s products would look like “in context,” so in the store, speakers may be placed next to piles of books and other design knick-knacks to give it more a feel of being in someone’s home. Phones, tablets and other devices are operational and untethered, so visitors can fiddle around with them.

Ross said there’s a children’s room, to “park your children while shopping.” There’s also a space where people can use the Pixel phone’s Night Sight feature to take images in the dark and email the photos to themselves. There’s a room where three people can play video games through Google’s Stadia streaming service. And there’s the Imagination Space — partially enclosed by a 17-foot-tall glass round structure, with screens inside. On the screens, visitors can experience advanced or experimental Google services that may not be available to the public yet.

Rosenthal said it was important for Google to create a direct retail channel that embodies the Google brand and lets customers hear straight from the company, and gives Google feedback from customers. He declined to comment on whether the tech giant would open additional stores.