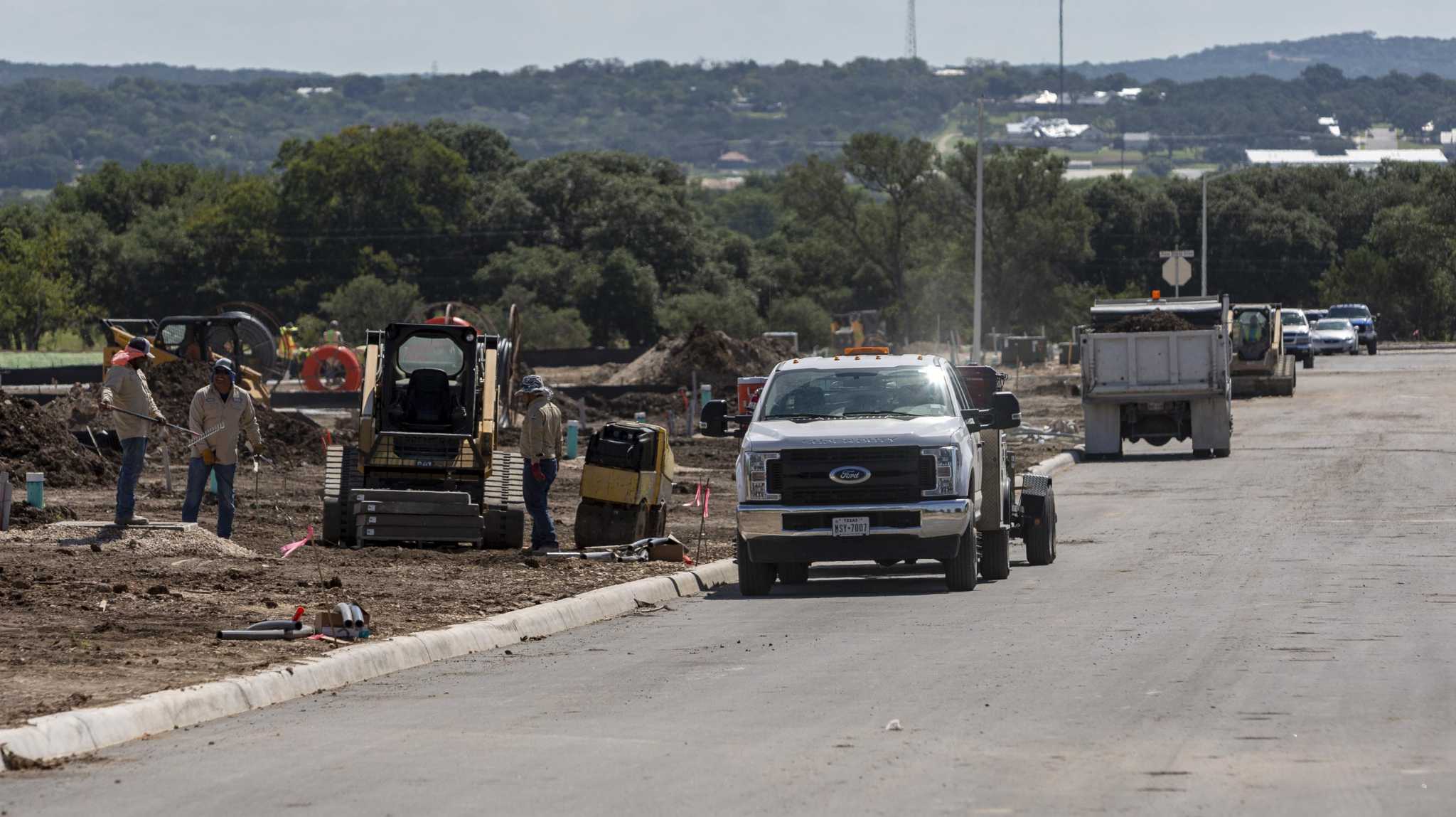 The developer of a 100-acre, high-density subdivision on Boerne’s northwest side near Boerne Lake said it has corrected problems with the project’s stormwater management that prompted complaints from residents and a local group advocating sustainable development.

On Aug. 9, representatives from KB Home — the company behind Shoreline Park, slated for 360 homes — and an engineering company on the project told city planning and zoning commission members that they acknowledge mistakes occurred and that protective measures taken since will prevent contaminants from entering the lake.

But while the developer’s actions were well-received and even congratulated by city officials this week, those complaining about Shoreline’s stormwater management say problems remain as development construction continues to prepare for building homes. The development’s first five phases have been approved, while phases six and seven — which will drain into Boerne Lake — are being finalized.

Heavy rain in May prompted residents to file complaints with the Texas Commission on Environmental Quality, citing “large amounts of trash and silt leaving Shoreline and flowing into the creeks.” Residents said the detention pond that’s meant to keep runoff on the property overflowed and that Cibolo Creek was “heavily laden with silt, clays, muds and other debris.”

Cibolo Creek is a tributary of the San Antonio River that contributes and recharges the Trinity and Edwards aquifers. Contaminants deposited into the creek can affect the entire system.

The San Antonio River Authority found that the property had little to no sediment controls, such as silt screens, and that the detention basin lacked erosion controls. Those systems are meant to divert contaminated water from polluting nearby streams, rivers or lakes.

Nevertheless, the TCEQ found no violations when it visited Shoreline — as well as the Southglen subdivision by a different developer — in June, said Jeff Carroll, Boerne’s director of development services, during a commission meeting in July.

KB Home has since installed additional controls, such as rock berms to prevent sediment from leaving the property, Carroll said, adding that he visited the property and thinks the improvements are working well.

Also, KB said it sends someone to the site within 24 hours of heavy rain to ensure the system is functioning properly and/or to address issues that arise.

As a result, the city is satisfied.

“KB made repairs as quickly as reasonably possible and has since enhanced the water control measures beyond state or city requirements,” the city said in a statement. “The improved measures are working successfully as heavy rains last week did not damage the site.”

Tim Bannwolf, who chairs the city’s planning and zoning commission, was positive about KB when he appeared on Mayor Tim Handren’s Aug. 12 edition of “Mayor’s Minute.”

“We’re hoping that the KB development out at Shoreline will be a model for how you do future developments, not only in Boerne and Kendall County adjacent to important water features like at Boerne Lake, but elsewhere across the state and across the country,” Bannwolf said, adding that the city intends to “monitor and verify that, in fact, they’re still doing what they said they would do.”

But not everyone is as confident that KB’s improvements are sufficient. Boerne resident Paula Rae Hilsmeier Beaton, a member of the Boerne Sustainable Development Coalition, said she can still see silt runoff in Cibolo Creek. During a heavy rain on Aug. 1, she went there to observe.

“It looked just like it did in May,” she said. “You can see the difference under Ranger Creek Road bridge where Ranger Creek and Cibolo Creek merge. One is normal light brown, and the other this darker, milky brown from the silt.”

On ExpressNews.com: Massive amount of reclaimed water was illegally wasted in Boerne

What most concerns some Boerne residents, like those at the Boerne Sustainable Development Coalition, is what that silt runoff means for the city’s lake.

Stormwater in the latter phases of Shoreline Park will naturally flow toward Boerne Lake — which provides 25% of the city’s drinking water supply — instead of Cibolo Creek. Those opposed to the development, who have been concerned since the project was proposed in 2017, question that if KB can’t engineer stormwater runoff on a piece of almost perfectly flat land around the creek, how can it expect to do so on an incline to the lake.

“There is a risk of contamination of the Shoreline spaces that are supposed to happen on the lake’s sloping land,” said Cal Chapman, an engineer in Boerne. “This is one of our city’s reservoirs for drinking water.”

Given that environmental imperative, KB Home said it’s implementing a construction design that attempts to maintain the site’s predevelopment ecosystem. Its plan includes capturing and treating 1.66 inches of rain each time it rains, about 90% of total rainwater every year; planting native plants to reduce water usage; and installing a 300-foot buffer, extended from 150 feet, between the lake and the development. The plan will also use bioswales — or vegetated ditches — and bioretention basins to collect and filter sediment and nutrients like phosphorus and nitrogen from the water.

“This is actually the first full development in this region that has low-impact” techniques, said Troy Dorman, director of water resources at Halff Associates, one of the engineering companies hired by KB to work on the development. Dorman, who spoke to planning and zoning commission members, previously worked for the city of Boerne when it was crafting its low-impact development standards.

But the Boerne Sustainable Lake Coalition doubts that KB’s improvements and low-impact development work are enough, citing a 2020 independent assessment on the Shoreline development conducted by Richard Klein, an environmental consultant with Community and Environment Defense Services.

Klein found that the slope reduces the protectiveness of the buffer and sand filters, and increases the input of phosphorus tenfold. Excessive amounts of phosphorus can be harmful to bodies of water and their ecosystems. The assessment noted that sand filters are not very effective in removing nutrients, such as phosphorus, and that their slopes should not exceed 6% incline. The slope between Shoreline and the lake is more than 6%, which, Chapman said, would make low-impact density techniques ineffective.

Shoreline has had detractors since its inception. In 2018, the Boerne Sustainable Development Coalition gathered 28,000 signatures on a petition to stop construction. Beaton and others say they’re not out to halt all construction, but rather to have the number of houses planned in the area reduced.

Joe Bergmann, the previous owner of the area where Shoreline is being built, thought the property he sold would only house 20 homes at most, not multiple properties per acre as KB plans.

“Had we known what would happen, we never would have sold it,” he said.

Elena Bruess writes for the Express-News through Report for America, a national service program that places journalists in local newsrooms. ReportforAmerica.org. [email protected]

Benefits of a Mortgage Calculator in Luxury Real Estate

Benefits of Having a New Roof in Grand Rapids Michigan