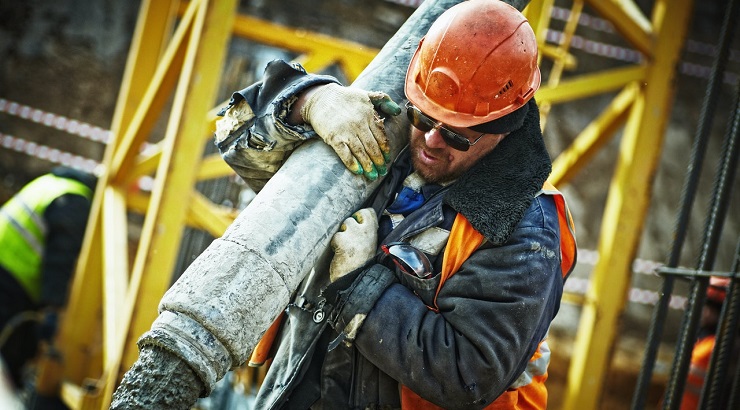 As the second biggest construction market in the world, the United States is home to more than 700,000 construction companies with annual revenues of nearly $2 trillion dollars.

Here are the top construction companies in the US in terms of annual revenues.

Largest Construction Companies in the US

The company was founded in San Francisco in 1898 by 25-year-old Warren A. Bechtel.

Since then, the company has completed more than 25,000 projects in 160 countries.

Some of its most distinguished projects include Hoover Dam – a concrete arch-gravity dam in the Black Canyon of the Colorado River; Tacoma Narrows Bridge – a vast suspension bridge in Washington; and Channel Tunnel – a 50km railway tunnel linking the island of Great Britain with the European mainland.

The company’s 2020 revenues stood at $17.6 billion down from $21.8 billion in 2019, retaining its place as one of the largest construction companies in the world.

Headquartered in Irving, Texas, Fluor Corp. is ranked 196 among the Fortune 500 companies.

The company, which has been operational for more than 100 years, handles projects in oil & gas, industrial and infrastructure, government and power sectors.

Some of its notable projects include Loop 202 South Mountain Freeway in Phoenix, Arizona, U.S; Quellaveco Open Pit Copper Mine in Moquegua, Peru; and Al-Zour Oil Refinery Project in Kuwait.

Based in Baltimore, Maryland, Whiting-Turner is an American company that offers construction management, general contracting, design-build and integrated project delivery services to customers.

Some of its notable projects include Westfield Valley Fair Mega Expansion in Silicon Valley, Stanford University Lorry I. Lokey Stem Cell Research Building, the Kaiser Permanente Ontario Medical Center, and the Jan Shrem and Maria Manetti Shrem Museum of Art at the University of California, Davis.

Whiting-Turner, which is one of the top-earning construction companies in the US, made $14.4 billion last year – a marginal drop from $14.6 billion in 2019.

Jacobs Engineering Group is a Dallas-based engineering firm that provides design, construction, specialty consulting, and maintenance services to a diverse range of clientele, including private companies, organizations, and government agencies.

With a workforce of 55,000 people, Jacobs is one of the top construction companies in the US. The company is known for its outstanding scientific and specialty consulting services.

Some of its notable projects include Metrolinx Transit Program in Greater Toronto, Fayetteville in Arkansas, Business Bay in Dubai, and Pine Creek Wastewater Treatment Plant in Calgary, Canada.

Based in Omaha, Nebraska, Kiewit Corporation is one of the largest engineering and construction companies in North America. The employee-owned firm is ranked 307 in Fortune 500 for the US.

Founded as a masonry business in 1884 by Peter Kiewit, a son of Dutch immigrants, Kiewit Corporation today offers construction and engineering services in building; oil, gas and chemical; industrial; water/wastewater; and mining sectors.

Some of Kiewit’s notable projects include historical buildings around Nebraska, among them the Livestock Exchange Building (1926), the Nebraska State Capitol Tower (1927), and Joslyn Art Museum (1928).

Others are the mile-long $750 million Fort McHenry Tunnel in Baltimore Harbor, the $517 million Safeco Field in Seattle, and the 11.5 mile and six-station extension of Washington Metro in Washington D.C.

Turner Construction, subsidiary of the German company Hochtief, is the biggest domestic contractor in the US, with a revenue of $12.2 billion in 2020 – a 19% decline from the $15.9 billion earned in 2019.

The company that has a presence in 20 countries is the leader in all major market segments including green building, education, aviation, commercial, retail, healthcare, pharmaceutical, and sports.

Skanska is known for being one the largest, most financially sound construction companies in the US, with proficiency in construction, civil infrastructure, and public-private partnerships in the US markets.

Some of its notable projects include the makeover of the United Nations Headquarters, the World Trade Center Transportation Hub, Moynihan Train Hall, 30 St Mary Axe, and the MetLife Stadium.

PCL Construction, formerly known as Poole Construction Company Limited, is a general contractor based in Edmonton, Alberta, Canada, with a US head office in Denver, Colorado.

The company maintains diverse construction and engineering operations – handling more than 700 simultaneous projects at any given time. PLC made $6.3 billion in 2019.

Some of its notable projects include Citicorp Center’s 42-story tower in Los Angeles (1985), and the renovation of the Seattle Coliseum (1995).

In 2001, PCL Construction was listed in ‘Canada’s Top 100 Employers’ magazine as one of the best companies to work for in Canada.

Formerly Kellogg Brown & Root, KBR Inc. is a US-based company that provides scientific, technology, and engineering services to governments and commercial clients across the world.

In recent years, KBR has shifted away from engineering and construction projects to government jobs that mainly include information technology and other support services.

Opinion: Time for Sydney to Grow Up

Ways to Use PVC Water Stoppersand write its Appliacation